What is an ALE

An Avid Log Exchange (ALE) file is a text-based metadata exchange format, and is used for transferring film, video, and audio data between systems

How Does CORE Use an ALE file?

There are two ingestion workflows:

How Metadata from a ALE File Appears in CORE 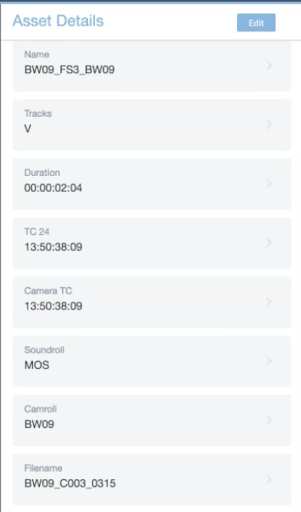 How to Upload the Package via ALE

The ALE metadata information is then ingested and the rich metadata is connected/merged to the related files.

Issues creating your package via ALE? Go to Troubleshooting .

Click “Open New Package” to view the package with files and associated metadata.

When opening the media you will see the asset related metadata in a playlist along with the rich metadata contained in the ALE. 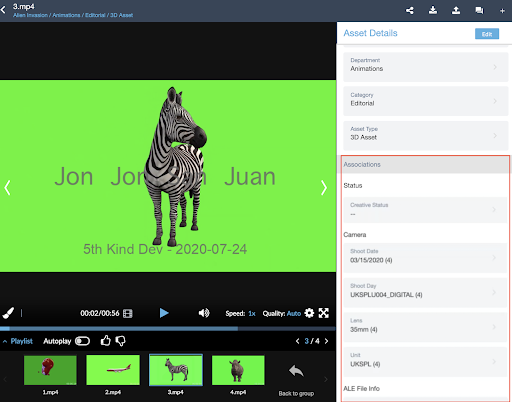 This can be done in various ways to upload media via HTTP/Aspera. These files will contain key metadata fields which would later match to the ALE file.

The ALE metadata information is then ingested and the rich metadata is connected/merged to the related files.

Is the ALE Package Not Created upon opening New Package?

The Statistic Info is a tool that displays statistics on Successful and Unsuccessful ALE Package Creation. 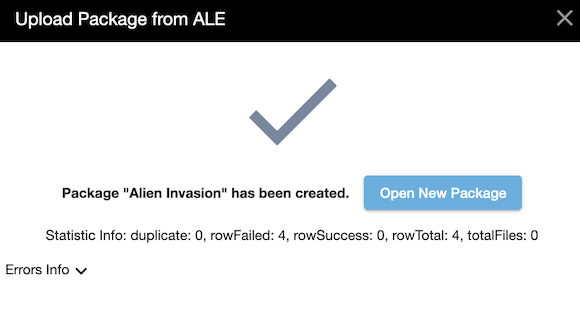 To see the expanded the Error information, click on the chevron to view possible errors 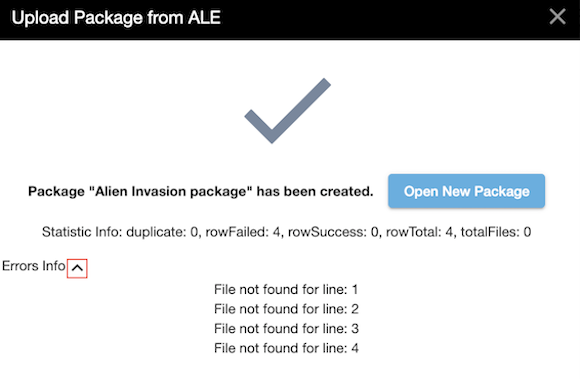